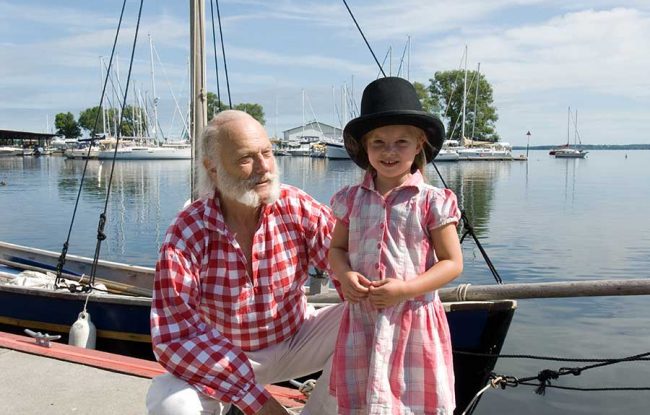 Sackets Harbor Battlefield State Historic Site
Overlooking Lake Ontario, the Sackets Harbor Battlefield State Historic Site features exhibits, guided and self-guided tours, and a restored 1850’s Navy Yard, Commandant’s House, and Lieutenant's House. The site focuses on the village's role in the War of 1812 and offers insight into what life was like for those in Sackets in the 1800s. The grounds are open year-round, from dawn until dusk. During the late spring, summer, and early fall, guests can visit the facilities and tour the Commandant's and Lieutenant's Houses. In addition, the Battlefield offers Living History demonstrations each Saturday of the summer, when visitors can experience the life of a common soldier.…


Since 1808, the continuous arrival and departure of American military personnel at Sackets Harbor Navy station, and later Madison Barracks Army Post, secured the community’s military history significance. By 1908, the Army Barracks became one of the oldest continuously occupied posts in the nation. That year, the 24th Infantry, one of only two African-American units, arrived at Madison Barracks. Today, visit the former army post to see architectural gems from 1816 to the present, a rare War of 1812 earthen works, and broad lawns where troops once paraded and played polo. Across the harbor, tour the Navy Yard which is part of the battlefield state historic site.